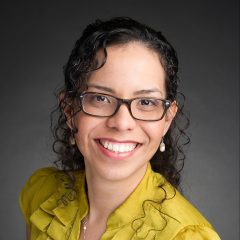 Himy is originally from Puerto Rico where she obtained her bachelor’s degree in biology from The University of Puerto Rico-Mayagϋez. Upon finishing her bachelor’s degree, she decided to continue her studies in biomedical science, and she obtained her doctorate degree from The University of Illinois at Chicago (UIC) where study the genetic etiology to juvenile hydrocephalus. During her time at UIC, she performed a molecular characterization of a novel hydrocephalus gene, Jhy, and identified its role in the differentiation of ependymal cells-responsible for proper cerebrospinal fluid (CSF) flow in the brain.

Himy is a basic scientist who has dedicated most of her career trying to understand illnesses affecting pediatric populations. In 2016, Himy was looking for postdoctoral opportunities and when she interviewed at St. Jude, she immediately fell at awe at the cutting-edge research and she was encouraged to see an institution where science and medicine connected in so many ways. She then decided to join St. Jude as a postdoctoral fellow under the direction of Dr. Paul A. Northcott in the Department of Developmental Neurobiology, where her work focused on the development of preclinical models for medulloblastoma – the most common malignant pediatric brain tumor.

After three years as a researcher in St. Jude, Himy had a change of heart and she began looking for clinical positions hoping to transfer her expertise from the bench and provide a new perspective into the clinical world. Coming from a different culture has taught Himy to truly value the outstanding resources provided by St. Jude, and in this role as a Clinical Research Associate in Global Pediatric Medicine she looks forward to contributing into making an impact on the accessibility of quality care for children worldwide. Her work in GPM consists in the fostering of global partnerships and collaborations with physicians in partnering sites to promote quality care and improve patient outcomes globally. 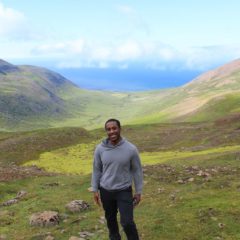 I received my Ph.D. in biology from the University of Illinois at Chicago in December of 2016. I am interested in terrestrial food webs and their influence on ecosystem processes and services. My dissertation research focused on how invasive plants affect belowground ecosystems, with an emphasis on soil arthropod food webs. I am currently a National Science Foundation Postdoctoral Research Fellow at the University of Wisconsin at Madison where I am studying how vegetation structure influences feedback interactions between plant and soil food webs in subarctic Iceland. 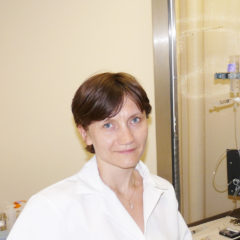 In 2002, I joined a graduate program in the biological sciences at the University of Illinois in Chicago. In the laboratory of Dr. Janet Richmond, I studied the mechanism of synaptic transmission using C. elegans as a model system. I have mastered and employed such techniques as high pressure freeze and freeze substitution to preserve nerve tissue for morphological and immuno-EM analysis to study the function of several synaptic proteins including tomosyn, UNC-18, UNC-13, Rim, syntaxin and CAPS. Shortly after obtaining my PhD in 2007, I joined the laboratory of Dr. David Julius at the University of California San Francisco in 2008. During that time, I worked on understanding how animals sense infrared light, and discovered fascinating molecules that allow bats and infrared-sensing snakes to find their prey in the dark. Currently, I am Associated Professor at Yale University School of Medicine. The main goal of my lab is to understand the molecular basis of temperature sensitivity under normal, adaptive and pathological conditions. We are using non-standard animal models such as hibernating thirteen-lined ground squirrels and Syrian hamsters to delineate molecular and cellular aspects of somatosensitivity and thermoregulation. We are using multi-disciplinary approach, including electrophysiology, molecular biology, imaging, behavioral paradigms, genomics, trascriptomics and bioinformatics. 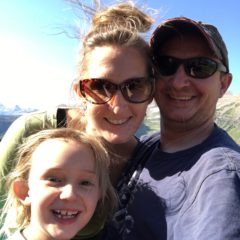 Mark is a husband, father and currently an executive scientist with over 15 years of innovation in cancer diagnostics and image analysis of histological samples. He has excelled in academia with seven patents, about 100 publications, over 2000 citations and three actively funded R01 projects. Mark is also successful commercially as the founder of the healthcare company, Inspirata, with about 200 employees in seven offices across North America, Europe and Asia. His experience includes work in tumor biology, ecology and evolution of cancer and Mark specializes in the invention and translation of disruptive technologies in digital pathology and cancer informatics. 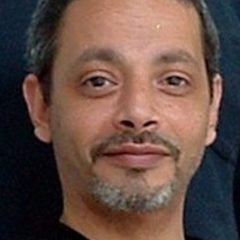 In my PhD at UIC, I trained in bacterial signal transduction networks and regulation of gene expression at the level of RNA transcription and protein phosphorylation. In 2007, I moved to Tufts University, USA to study the torpedo-like mechanism of transcriptional termination by RNA polymerase II in yeast. From 2008-2017, I investigated regulatory mechanisms that control two distinct post-transcriptional and post-translational modifications: Elongator-dependent tRNA wobble uridine modifications, and diphthamide formation in eEF2, at University of Dundee, UK, and Universität Kassel, Germany. From 2018, I will be investigating structural and molecular mechanisms for the transcriptional co-activator ‘’Mediator’’ in response to different stresses at Umeå University, Sweden. 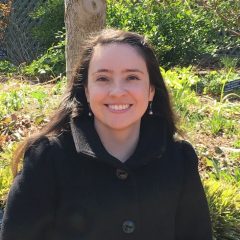 I’m a plant ecologist interested in exploring the processes controlling the dynamics of plant communities in changing environments. I hold a BS degree from the Universidad de Los Andes in Colombia where I’m originally from. For my dissertation I explored the effects of hunting on seedling recruitment on two plants species primarily dispersed by primates in the Colombian Amazon. I obtained a PhD at the University of Illinois at Chicago under the direction of Dr. Henry Howe. For my graduate work, I conducted a study at Los Tuxtlas forest, Southern Mexico, where I explored the effects of forest fragmentation on the dynamics of the late-successional tropical tree, Poulsenia armata (Moraceae). I’m currently a postdoctoral fellow at The National Socio-Environmental Synthesis Center. For the past year I have worked as a postdoctoral scholar in the laboratory of Dr. Allison Hansen at the University of California, Riverside. Under Dr. Hansen’s guidance, I am broadly studying evolutionary genomics of insect microbe interactions. Specifically, I am working with Hemipteran insects, such as the pea aphid (A. pisum), which are major agricultural pests and vectors for numerous plant diseases. These insects feed on a nutrient poor diets (plant sap), therefore they have evolved obligate symbionts to supplement their diet by synthesizing vitamins and essential amino acids for the insect host. Ultimately, these symbionts give insects the ability to colonize nutrient-poor host plants. My goal is to further understand how plant diet composition influences the Hemipteran gene regulatory networks that control its nutritional symbiont throughout the development of both the insect and the symbiont, and if/how DNA methylation, possibly induced by the insect’s diet, alters this regulation. This past year has been productive and I am currently finishing up a project characterizing the aphid’s development and the timing of key stages as it feeds on plants versus various artificial diets, and a project where I am characterizing the transcriptiome and methylome of the aphid at various developmental timepoints as it feeds and develops on its universal host plant, the fava bean. Both of these will be useful baselines for comparison in future work where we begin studying the effects of both diet and symbiont manipulation on this system.

I’m currently a Faculty Fellow at Harper College, where I teach introductory biology classes to both Bio and Non-Bio Majors.

In the summer of 2018, I was a research mentor and field Instructor for a National Science Foundation REU (Research Experience for Undergraduates) for U.S. underrepresented minority students in science. The program is funded through the NSF Louis Stokes Alliances for Minority Participation (LSAMP) grant; the program is run by the Organization for Tropical Studies at the Las Cruces biological research station in Costa Rica.  I mentored 2 Latino, undergraduate students; they performed an 8-week research project focusing on how tropical woodland restoration influences the insect community.  I also served as a field instructor to the other 16 students, where I taught them entomological methods to collect insects for research projects.   In the Summer of 2019, I will return to Costa Rica for a new summer semester and a new cohort of REU students.