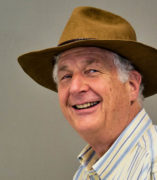 Homologous recombination is a ubiquitous genetic process that generates diversity without causing genetic chaos. The outline of the mechanisms involved is well known, but many details are still obscure, partly because in vivo the phenomenon is at once complex and rare. In the process of genetic transformation in naturally competent (transformable) bacteria, recombination is both relatively simple and frequent. The DNA exchange reaction is reduced to its essence: a single DNA chain from a donor molecule replaces an identical nucleic acid chain segment within the double-helix cell chromosome. In addition, the reaction occurs in massive quantities at high efficiencies: more than 2% of a cell's genes can be replaced within a few minutes. In the widespread human pathogen, Streptococcus pneumoniae, genetic transformation is important for rapid evolution and horizontal gene transfer but also provides powerful genetic tools for molecular analysis of its biology.

The high-efficiency genetic transformation in S. pneumoniae reflects a brief, coordinated differentiation of virtually all cells in a culture for synthesis of several score of new proteins, just on those rare occasions when a culture becomes transformable. The most prominent such protein coats DNA strands as soon as they are pumped into the competent cell. Another is an extracellular peptide pheromone, which coordinates the differentiation throughout a culture. Others' roles are not yet fully known. We have used DNA microarrays for mRNA expression profiling to identify ~80 genes with strongly altered expression in competent cultures. Seven of these specify the quorum-sensing circuit that senses population density, more specify the machinery for DNA uptake and recombination, and others supply weapons to kill nearby cells and expose their DNA for sampling. Recently, we identified a new competence regulator, ComW, and are characterizing its biochemical role. Finally, using comparative genomic methods, we have discovered evidence that this mechanism of horizontal gene transfer is not limited to S. pneumoniae, but actually is at work throughout the entire genus Streptococcus.