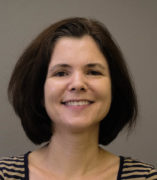 I have a wide range of interests related to how humans alter landscapes and the ecological communities within them. As human populations grow and demand more resources, fewer and fewer places on the planet remain untouched by our influence. Therefore, it is important to understand the impact we are having on the world around us.

For example, habitat fragmentation is almost always an outcome of urban development. The way in which a natural habitat is fragmented during the course of development may have large and poorly understood effects on the species in that habitat. Fragmentation causes "edge effects", which have been shown to alter plant growth and avian breeding success, among other things. Fragmentation also usually increases distance between habitat patches, which can impede the ability of species to move across the landscape. On the other hand, humans create novel habitats, such as yards, that are used by many species in different ways. I am interested in how these and other factors interact to affect ecological communities and processes at the landscape scale.

I use a combination of field studies, social surveys, GIS, and computer modeling in my research. Recent projects include examining the provision of ecosystem services to urban residents and studying plant, bird, and bee communities in residential neighborhoods. I have a growing interest in the socio-ecological dynamics of residential and community gardens. I also have an interest in applying graph theory (or network analysis) to a number of different socio-ecological problems, including landscape connectivity, mutualistic (e.g., plant-pollinator) networks, and social networks. My students and I focus most of our research efforts on the Chicago metropolitan area. We are particularly interested in finding ways to make cities good habitat for both humans and wildlife.