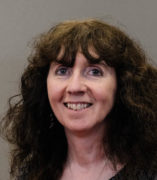 As a plant systematist, I am interested in the evolutionary processes that lead to divergence among plants, and in the phylogenetic patterns that describe relationships among them. Within this broad area, I am especially interested in using molecular genetic techniques to study phylogenetic relationships among closely related species. At this level, taxa have begun to diverge, yet often still show evidence of past or ongoing gene exchange. Closely related taxa, therefore, may show a reticulate pattern of evolution, in which divergent branches on a phylogenetic tree have merged back together. Reticulate patterns may result from the maintenance of gene diversity from ancestral populations (incomplete lineage sorting) or from processes such as hybridization, allopolyploidy, or horizontal gene transfer. Obtaining evidence for reticulate evolution often requires detailed comparisons among multiple phylogenetic data sets, and this has led to my interest in the methodologies that underlie such comparisons.

Much of my current research involves the grass family, with a particular emphasis on the wheat tribe (Triticeae). Comparisons among diploid genera in this economically important group show strong evidence of gene exchange, even though the genera are currently intersterile. I am now starting to apply next generation sequence data to a broader, genome-wide assessment of phylogenetic conflict in the tribe. I also have a continuing interest in allopolyploidy in this group. I use molecular methods to address the relationships between allopolyploids and their related diploids, as well as the complicated relationships among the allopolyploid species.

Students in my lab apply phylogenetic methodology in a variety of projects. For more specific information about past and ongoing projects, visit my lab page and meet the members of the lab.