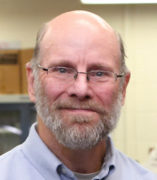 What are the cellular and molecular mechanisms employed by neurons to communicate with one another? How is such communication altered by neuromodulators? What role do the more numerous glial cells of the nervous system play in altering neuronal activity? Answers to such questions are crucial, for it is ultimately by such cellular and molecular communication that we are able to think, feel, and perceive the world around us. Work in my laboratory uses the vertebrate retina as a model neuronal system to address such questions. The molecular mechanisms controlling the release of neurotransmitters is of fundamental interest, as are the mechanisms responsible for terminating the effects of these neuroactive agents, a process likely to involve proteins that transport neurotransmitters and their breakdown produces into neurons and surrounding glia cells.

My laboratory emphasizes electrophysiological and imaging techniques (including whole-cell voltage-clamp, perforated patch, single channel recordings, and self-referencing recording methodologies) to examine the characteristics of nerve cells and to probe the effects of neurotransmitters and neuromodulators on retinal neurons and glia. Electrophysiological and molecular biological characterization of transport proteins of retinal neurons and glial cells has been and continues to be a major focus of work in the lab, and we are currently exploring the modulation of GABA transport induced by extracellulary-applied ATP. The Xenopus oocyte expression system is also being used to examine the properties of transporters cloned from the retina of several species including the skate. An additional focus for the laboratory is the use of a self-referencing, noninvasive microelectrode system to examine the transport of a variety of physiologically relevant compounds by retinal neuron and glia. Using this system, we have been able to detect the extrusion of calcium and hydrogen ions from single isolated retinal neurons and glia been able to examine the consumption of oxygen from individual photoreceptors, and have also been able to detect the release of nitric oxide from isolated macrophage cells stimulated with gamma-interferon. Our future plans include the use of this system to examine the release of nitric oxide from identified retinal cells.

Ultimately, we hope that these studies will shed light on the cellular and molecular processes that enable visual perception, and believe that our findings will have general applicability to neurons in far removed parts of the nervous system.