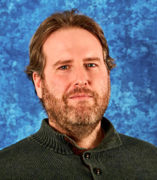 I am generally interested in the molecular and cellular mechanisms of the emergence of pattern and form during animal development, and in particular how these mechanisms change in the course of evolution.  My work focuses on these processes in insects, from embryos to adults.  The insects are an ideal model clade with which to approach these questions, due to their species richness, developmental diversity, and the ability to test gene function in a number of species representing a broad phylogenetic range.

Currently, four major topics are being pursued in the lab:  1) The evolution of mechanisms for establishing and patterning the dorsal-ventral (DV) axis of insect embryos, 2) The evolution of germline establishment and function in insects, primarily focusing on holometabolous insects, 3) Mechanisms of insect sex determination and 4) the evolution and development of adult form using a natural evolutionary experiment. In all three cases the wasp Nasonia vitripennis is the main model employed to gain insights into the evolution of the respective processes. This species has the advantages that it is easily kept in the lab, has a fully sequenced genome, and is amenable to both parental RNAi and germline transformation to test gene function. I also use the powerful beetle model Tribolium castaneum and am developing an additional model, the bean beetle Callosobruchus.

A long term goal of the lab is to more fully integrate the evolutionary developmental results with an understanding of the ecological and phylogenetic conditions under which these features arose.