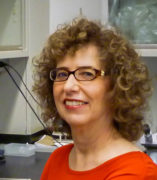 Certain neurodegenerative diseases, such as ‘mad cow' disease, are transmitted in an unusual way-- so unusual that it challenges the central dogma. Indeed, the infectious agent for these diseases appears to be the PrP protein without any nucleic acid. Infectivity depends upon the shape into which the PrP protein is folded: when some PrP is in its disease-causing (‘prion') conformation, it converts normal PrP into that form too. In addition, prion-like aggregates of Ab, α-synuclein, TDP-43, and huntingtin are respectively associated with Alzheimer’s (AD), Parkinson’s, amyotrophic lateral sclerosis (ALS)/ frontotemporal dementia (FTD) and Huntington’s diseases.

Curiously, several genetic traits in yeast are propagated by this unusual ‘protein only' mechanism, and the term prion has been expanded to include them. We have studied yeast prions extensively to elucidate the factors that influence prion appearance and inheritance and to identify for new prions. We are now using our expertise with yeast prions to focus on the genesis and toxicity of human prion-like disease aggregates in yeast. Results obtained in yeast will then be tested in flies, primary cortical neurons and mice, by collaborators.

We previously established that individual yeast prions can form self-seeding aggregates with more than one conformation (“variants or strains”) associated with distinct properties. Prion variants self-propagate by attracting their soluble isoforms to join them and adopt their variant-specific structure.Likewise, PrP, Ab, α-synuclein, huntingtin, tau and TDP-43 have each been reported to form distinct aggregate phenotypes that are associated with different disease characteristics. We are now using yeast to isolate and characterize variants of TDP-43. This will definitively demonstrate the existence of heritableTDP-43 variants and will open the door to the study of patient variants in yeast, thereby facilitating development of variant specific treatments.

Since human prion-like disease proteins aggregate and are toxic when expressed in yeast, a powerful approach to find therapeutic targets has been to identify toxicity modifiers. Some such modifiers are homologs of new or previously known human disease risk factors!!Thus studies in yeast, with its powerful experimental toolbox, are relevant to human disease.

As previous modifier screens were not exhaustive we have now identified several new modifier genes that we are exploring. We are also using two new approaches to identify toxicity modifiers: 1) transposon mutagenesis and deep sequencing to quickly identify all genes that become essential in the presence of the human disease proteins and 2) direct selection against aggregation (yTRAP) to uncover additional modifier loci, as well as intragenic dominant mutations that reduce toxicity. We are also starting similar modifier screens on another ALS associated gene, CREST that we have now expressed and characterized in yeast.

Another focus of the lab is to determine how TDP-43 is associated with toxicity. Several studies find that TDP-43 alters mitochondrial function. We have found that TDP-43 is much more toxic when yeast is grown in non-fermentable media requiring respiration than when grown on fermentable carbon sources. However, we also found that TDP-43 remains toxic in the absence of respiration. Thus, there is a TDP-43 toxicity target in yeast distinct from respiration and respiration is not required for this toxicity. One possibility is that the free radical oxygen species produced by respiration activate TDP-43 to become more toxic or make TDP-43 targets more vulnerable. Indeed, we found that hydrogen peroxide increases the toxicity of TDP-43.