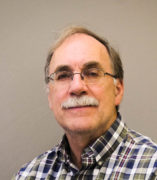 With the recent completion of sequencing two hundred bacterial and six eukaryotic genomes, we are entering a "post-genomics era". To add value to this accomplishment, the scientific community's attention is now directed at determining the function of the thousands of gene products in each cell. Traditionally, one valuable type of reagent that is widely used to probe cells and learn when the protein product of a gene is synthesized, where it is localized, and what it is associated with in the cell are antibodies. However, it typically takes 2-3 months to generate rabbit or mouse antibodies to each individual protein, and there is limited control by the investigator on the quality of the antibodies generated by the immunized animals. To overcome the limitations of generating antibodies and to meet the need for thousands of antibodies, we propose to use high-throughput molecular biology, phage-display, and biochemical techniques to isolate high-affinity and selective "designer affinity reagents". It is now possible to engineer in bacteria the expression of small fragments of human antibodies that are capable of binding to almost any protein. To mimic the incredible ability of the immune repertoire in the human body to generate an antibody to any foreign protein, we are constructing libraries of billions of different antibodies (as well as antibody mimetics) and selecting those that bind to the target proteins of interest. Our goal is to have the ability to generate antibodies "upon demand", in two weeks time, to any bacterial, viral, or eukaryotic protein.

Once we have isolated affinity reagents and ascertained their binding strength and selectivity, we propose to employ them in several different manners. First, we will utilize them to affinity purify the target proteins, and then identify interacting proteins through mass spectrometry. By identifying the interacting partners of each protein, we will collect data from which we can generate hypotheses regarding cellular function. Second, we will express them inside cells where they will have an opportunity to bind to their target and inhibit its activity. Demonstration of a "phenotype" will provide clues regarding the protein's cellular function. Third, we will test the ability of the antibodies to promote the crystallization of proteins for x-ray diffraction studies. There have been a number of published successes in promoting the crystallization of different membrane proteins with antibody fragments. Fourth, we will arrays the affinity reagents onto glass slides and measure the concentration of many proteins simultaneously in cells, as they respond to stimuli or become diseased. Such measurements will aid ongoing systems biology.