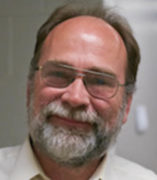 I am an evolutionary ecologist. I ask the question: How does natural selection acting as an optimization process determine feeding behaviors, population characteristics, and the properties of communities? My research includes the mathematical formulation and field tests of models and hypotheses based on foraging theory, consumer-resource models of species coexistence, and evolutionary game theory using the concept of evolutionary stable strategies (ESS).

To study foraging behaviors and link these behaviors to population and community level processes, I have extended Charnov's marginal value theorem of patch use, and developed the giving-up density (GUD) approach for assaying foraging costs and benefits. A foraging animal should leave a depletable food patch when the harvest rate no longer exceeds the metabolic, predation, and missed opportunity costs of foraging. When harvest rates are related to the remaining abundance of food, then the amount of food remaining in experimental food patches, the GUD, estimates the point at which the animal has balanced costs and benefits. At present, my lab, collaborators and I are using this behavioral indicator and giving-up density approach to examine species coexistence in urban wildlife including fox squirrels and grey squirrels, and the community organization of desert granivores in the Negev Desert, Israel (with Dr. Burt Kotler).

The Ecology of Fear (Brown et al. 1999, J. Mammal.) studies the behavioral, population, community and evolutionary consequences of the fear response of prey to their predators. These non-lethal or non-consumptive effects of predators on their prey can be larger than the actual direct mortality imposed by the predators. Furthermore, predators generally have their own suite of behaviors for responding to their prey’s. I develop and test models of foraging games between predators and prey including a coevolutionary study of New World and Old World rodents and snakes (with Dr. Burt Kotler) and long-running and collaborative work on snow leopards led by my former graduate student and now colleague, Dr. Som Ale.

Game theory and Maynard Smith and Price's pioneering concept of evolutionary stable strategies (ESS) provides a refreshing approach for modeling evolution by natural selection. To further the concept and its applications, Dr. Thomas Vincent and I have extended the ESS definition to parametric games (continuous vector-valued phenotypes) by developing the fitness generating function (G-function) and an associated 'ESS maximum principle'. This and others' research have discovered a range of outcomes and solutions to these evolutionary games. Solution concepts include local evolutionary maximum, unstable evolutionary maxima, stable evolutionary minima, and evolutionary Red Queens (non-equilibrium evolutionary dynamics). As an application, Dr. Mordachai Gersani and Dr. Zvika Abramsky, have used a split root technique (developed by Dr. Gersani) to test game theory models of root allocation in response to different habitats and competition. We continue to develop and test the consequences of plant foraging games (for light and nutrients) for species coexistence, root-shoot allocations, and even global climate change (with Drs. McNickle, Gonzalez-Meler and Christopher Whelan).

More recently in collaboration with Drs. Robert Gatenby, Anna Guliano, and Ms. Jessica Cunningham, we have applied evolutionary game theory to define, understand, model and develop treatment strategies for cancer and HIV. These models see cancer as the evolution of a new, asexual protist. The tumor becomes an ecosystem within which the tumor cells exhibit both ecological and evolutionary dynamics as they compete for space and resources, form associations, and speciate to fill the niches that emerge from heterogeneity within the tumor.