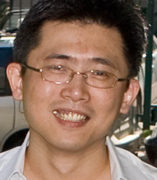 The research in Dr. Chang's laboratory addresses these questions: How do neurons regulate transition of sequential events in neuronal connectivity from axon pathfinding to synapse formation? How do neurons regenerate and repair themselves after injury? How do engulfing cells clean up neuronal “waste” after neuronal degeneration? How are neuronal degeneration and regeneration related? How does age influence the intrinsic nerve growth ability? What mechanisms govern dendritic arborization of the nociceptive neurons to ensure uniform sensory coverage of skin that envelops the entire animal body? Dr. Chang asks these questions mainly in the context of nematode C. elegans with an overarching goal of establishing basic principles underlying development and regeneration of neural circuits that can be applicable to other model organisms. Dr. Chang has studied signaling mechanisms that control gene expression, organogenesis, nerve pathfinding, and nerve regeneration in C. elegans for nearly nineteen years. Recently, Dr. Chang's lab identified several timing mechanisms regulating orderly neuronal connectivity and regeneration change.

Nerve Pathfinding
During development of the C. elegans nervous system, axons of many neurons, including the anterior ventral microtubule (AVM) axons, are guided to the ventral nerve cord by the UNC-6 (netrin) attractant recognized by its receptor UNC-40 (DCC). Upon reaching the ventral nerve cord, the AVM axon changes its trajectory and moves anteriorly to the nerve ring, a neuropil generally viewed as the animal’s brain. Axons are attracted to targets, but must switch their responsiveness upon arrival so that they are no longer sensitive to guidance cues and can proceed with synapse formation. In Drosophila and vertebrates, netrin signaling is inhibited by slit-induced Robo receptor binding to netrin receptor DCC. However, it is unclear how the netrin signaling is inhibited in C. elegans AVM neurons at targets. Dr. Chang's lab is using a genetic and optical approach to identify molecular mechanisms that inhibit netrin attraction.

Nerve Regeneration
The C. elegans nervous system is composed of 302 neurons with a complete map of all axon trajectories and synaptic connections. The transparency and small size of C. elegansallow us to visualize axonal development and axonal regeneration using time-lapse fluorescent microscopy as well as perform axotomy on any neurons with femtosecond laser ablation in live animals. Femtosecond laser ablation is a new optical scalpel with exquisite precision and reproducibility. The nanometer precision of femtosecond laser ablation as well as the million-fold shorter exposure interval allow us to snip individual nerve fibers without collateral damages to the cell body or neighboring fibers.

Using C. elegans as a model organism to study nerve regeneration enables Dr. Chang's lab to identify several regeneration patterns that are conserved between C. elegans and vertebrates. For example, Dr. Chang's lab observes in C. elegans the dichotomy of robust regeneration in the peripheral nervous system versus nonregenerating neurons in the central nervous system. In addition, like vertebrate neurons, C. elegans neurons lose nerve growth ability as they age, but it is not known why. Many of the positive regulators of nerve growth have been identified and well studied. Dr. Chang's major goal is to test a related hypothesis: that there are also negative regulators of nerve growth that limit the brain’s ability to grow out nerves. Are there more of these negative regulators in an aging brain than in the baby’s brain? If such molecules exist, then blocking their function in the aging brain might rejuvenate neurons to a growing state in which neurons can regenerate better. This project has the potential to open the new door for treatment of neurodegenerative diseases of aging by harnessing hidden neuronal ability to reorganize itself.

Nerve Degeneration
Dr. Chang's lab is also interested in understanding how engulfing cells help clean up neuronal “waste”. In mammals, flies, and worms, when a neuron’s connection is injured, it degenerates and sheds debris. When that happens, engulfing cells move in the injury site and remove these wastes. Dr. Chang wants to understand why it is important to remove nerve debris and to identify the mechanisms that allow engulfing cells to sense debris and engulf them. Nerve debris can also be generated during developmental pruning, which is a process widely used for the refinement of the neural circuit assembly. Dr. Chang's lab is investigating whether similar mechanisms are used for removal of these early neuronal wastes.