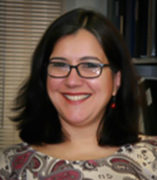 Regulation of Neuronal Polarity and Acquisition of Neuronal Fate in C. Elegans
The work that goes on in my laboratory attempts to elucidate the mechanism(s) involved in (1) sorting and trafficking of neuronal specific proteins (cell biology) and (2) specification of neuronal identity (developmental biology). Our approach has been to isolate and characterize mutations that disrupt these processes with the goal of understanding the role of the wild type products in the process. Specifically we use the soil nematode Caenorhabditis elegans (C. elegans) as a model system to analyze (1) the role of the clathrin adaptor protein UNC-11 (C elegans AP180) in the trafficking of the synaptic vesicle (SV) protein synaptobrevin (SNB) and (2) the role of basic helix loop helix proteins such as HLH-3 in the differentiation and function of neurons.

Our analysis of unc-11 mutants has revealed that the UNC-11/AP180 protein is necessary to regulate the assembly of clathrin coats and is involved in the trafficking/sorting of the integral SV protein SNB (Nonet et al., 1999). Synaptobrevin is essential for generating fusion-competent SVs; it is one of the three components in the complex that mediates SV fusion. In C. elegans unc-11 encodes a family of protein isoforms; we have invested a significant amount of effort in the analysis of their structure and function to determine how these clathrin assembly proteins promote the trafficking/sorting of this essential SV protein. Since all cells have proteins homologous to UNC-11 [AP180 is in the nervous system and CALM is in the trans-Golgi network (TGN) and at the plasma membrane of all cells (Tebar et al., 1999)], and SV formation and SV recycling are specialized types of membrane recycling, then, our studies should also shed light into the mechanisms of the fundamental process of membrane trafficking and protein sorting by this family of monomeric assembly proteins in cells in general.